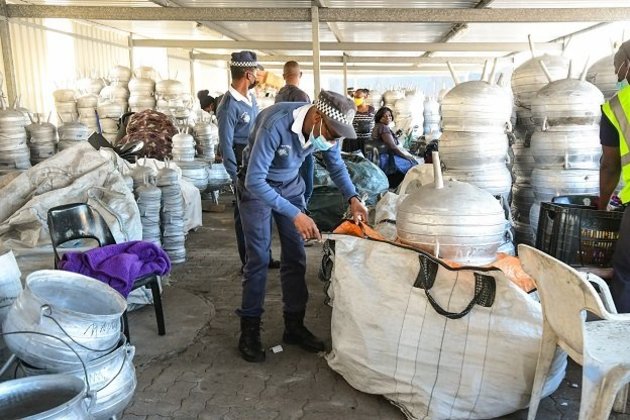 The looting of ammunition has led to the government labelling last week's unrest, in which 276 people died, as an insurrection.

This according to acting Minister in the Presidency Khumbudzo Ntshavheni when she briefed the media on Wednesday.

Asked for an update on the looted ammunition, she said: "As you'll recall, when there was a debate about whether there was an insurrection - or attempted insurrection - part of the clarity was because there was a target to go and steal ammunition at a particular depot. And therefore, that is the basis of why we said this is part of a plan to undermine the authority of the state."

Ntshavheni added the investigation into the stolen ammunition was ongoing, saying some had been recovered.

"And when that [the investigation] is completed, and arrests are made, we will make that announcement," she said.

The government now considers the situation in KwaZulu-Natal and Gauteng stable.

"Stability continues to reign in both provinces of Gauteng and KwaZulu-Natal, and law enforcement agencies are conducting mop-up operations to ensure opportunistic and copycat activities do not find traction," Ntshaveni added.

She said law enforcement agencies were still arresting people linked to the incitement of public violence.

"To date, the following suspects have been arrested and appeared in court: Bruce Nimmerhoudt, Sibusiso Mavuso, Clarence Tabane, and Ngizwe Mchunu."

"The four suspects have been remanded in custody in Gauteng for bail applications, and the National Prosecution Authority will comment further on the details of the prosecution.

"One person who was arrested was released by the court, and the SAPS are undertaking further investigations." Ntshavheni was asked whether any of the instigators were ANC members and why it appeared that only low-level instigators have been arrested.

EXPLAINER | #UnrestSA: Who is Ngizwe Mchunu, the 'instigator' who handed himself over to police?

"The law of this country is applied blindly, without fear, without favour," she said, adding law enforcement agencies were working to ensure all "instigators and masterminds behind this attempted insurrection" were brought to book.

Ntshavheni added since the unrest, 234 deaths were reported in KZN.

To date and of these reported deaths, the SAPS are investigating 151 cases for murder, and 83 inquests dockets have been opened and 15 arrests [were made] related to the cases of murder.

Meanwhile, 42 deaths were reported in Gauteng, where the police are investigating 17 murder cases and 25 inquests dockets have been opened.

No arrests relating to the murder cases have been made.

Ntshavheni said the government had put measures in place to ensure food security in the Southern African Development Community and food availability in KwaZulu-Natal and Gauteng were mostly normalised.