Jon Rahm: LIV Golf defectors in playoffs would have been 'awkward' 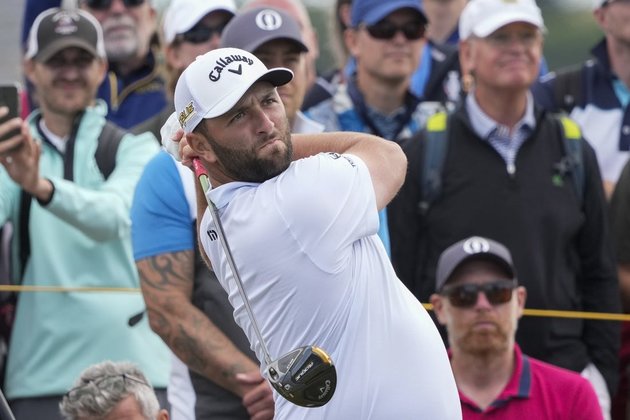 For those who did, LIV Golf members Talor Gooch, Hudson Swafford and Matt Jones had asked for a temporary restraining order to allow them to compete in the FedEx Cup playoffs. They didn't win that endeavor, however, as U.S. District Judge Beth Labson Freeman sided with the PGA Tour.

Now, back to Rahm.

"Well, I can tell you I had zero attention on it," the 27-year-old Spaniard said. "I only found out that it was going on because I walked by player dining and I saw about 10 really nervous people pacing all around the room and I thought, 'Well, there's something going on.' I asked and heard what was going on. But I never really -- I was in the room when the judge made her decision known, but only because I was walking by and they told me it was time. So I was like, yeah, I'll stay."

Rahm, a former World No. 1, was asked if it would have been awkward if the ruling had gone in the other direction for the players who now represent the Saudi-funded LIV circuit.

"I think it could have made things a little bit awkward, yeah," he said. "They chose to leave the PGA Tour, they chose to go join another Tour knowing the consequences; and then try to come back and get, you know, courts and justice in the way wouldn't have, I would say, sit extremely well with me.

"But at the same time, they are adults, right. They are free to do as they please, to an extent, and that's what they chose to do. If they are allowed by a judge, I'm nobody to say otherwise.

"Would have been awkward, possibly, but I guess we'll never know."

Gooch, Swafford and Jones would have qualified for the FedEx Cup playoffs based on their position in the points standings had they not been suspended for playing LIV events without the PGA Tour's consent.

Matt Fitzpatrick wasn't too concerned about the players that aren't competing in the playoffs.

"Yeah, I think only three of them that aren't here, it's not a massive loss in my opinion," he said.