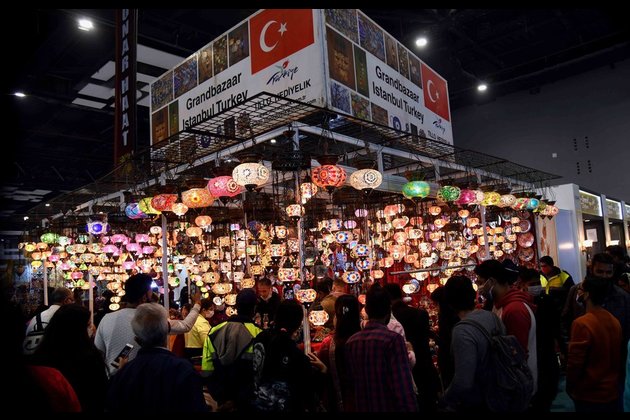 India's economy is expected to get a further boost in the rest of the year as the festive season will witness a surge in purchases particularly of vehicles, jewellery and housing units.

NEW DELHI, Aug. 17 (Xinhua) -- Rise in vehicles' sales and exports of various commodities including merchandise, agriculture products and sugar indicate that the Indian economy is reviving bit by bit, after being battered by COVID-19 over the past two-and-a-half years.

The country's economy is expected to get a further boost in the remaining part of the current calendar year as the festive season, which has just begun and will last till the year-end, is expected to witness a surge in purchases particularly of vehicles, jewellery and housing units.

Total production of vehicles including 2-wheelers and 3-wheelers in the country rose to nearly 2.2 million in July 2022, registering a growth of 5.61 percent compared to the same month in the previous year. Similarly, passenger vehicles' sales rose to 293,865, an increase of 6.55 percent over July 2021.

The production and sales of an increasing number of vehicles in the country indicate a rising purchasing power, which means the overall employment scene has improved in recent weeks compared to the past two-and-a-half years.

Data from the Centre for Monitoring Indian Economy (CMIE) showed that India's unemployment rate in July 2022 dropped to a six-month low of 6.8 percent, attributing mainly to a better monsoon and an uptick in agricultural activities in rural areas.

"Rural India provided much-needed jobs, thanks to increased agricultural activity, which dragged the unemployment rate down to 6.14 percent in July, from 8.03 percent in June," said CMIE in a statement.

Considering these figures, a growth rate of around seven percent is being projected for the country's economy in 2022-23.

Besides, the food inflation also dropped to 6.75 percent in July from 7.75 percent in June, though high food prices of vegetables, fruits and cereals continue to be a major concern.

Taking a serious view of the 10 percent surge in wheat prices since June-end, the federal government is considering various measures to bring down the prices, from releasing the cereal under the open market sale scheme (OMSS) for user industries to lowering the import duty to zero, said an official statement from the federal government.