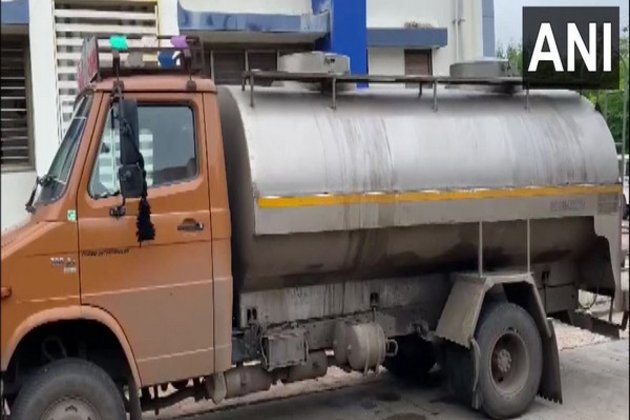 Rajkot (Gujarat) [India], August 17 (ANI): Four thousand litres of adulterated milk was seized from a truck at a checkpoint in Rajkot, said the officials on Tuesday.

"A truck was stopped during checking of vehicles and adulterated milk that was made from chemicals like sulfates, phosphates and carbonate oils was seized," said Praveen Kumar Meena, DCP Zone-1, Rajkot.

As per information, the adulterated dairy business was being carried out for months and is part of a big nexus.

"Adulterated milk was being supplied for the last 4 months. We've identified the supplier and factory's location. Further probe to be conducted," said the DCP.

Further investigations into the case is underway.

Earlier on Tuesday, major milk outlets raised milk prices across the country. The major reason for the price hike was cited as an increment in input costs.

Both Amul and Mother Dairy raised their cost by Rs 2 per litre.

Mother Dairy has raised the prices of milk by Rs 2 per litre with effect from Wednesday.

"Mother Dairy is compelled to raise its liquid milk prices by Rs. 2/litre with effect from August 17, 2022. The new prices will be applicable for all milk variants," it said in a statement on Tuesday.

It said the company has been experiencing a surge in input costs which have increased multifold during the last five months.

Amul too decided to increase the prices of milk by Rs 2 per litre with effect from Wednesday because of rising input costs.

The increase of Rs 2 per litre, Amul said in the statement, translates into a 4 per cent increase in maximum retail price (MRP) which is lower than average food inflation. (ANI)