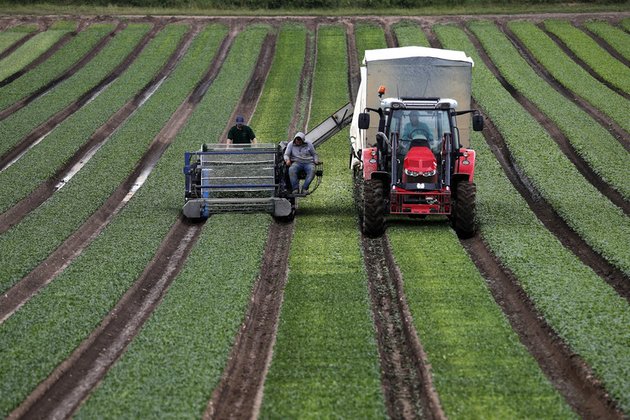 The value of food wasted could be more than €60 million, a farmers union warns

Around Pound 60 million ($75 million) worth of crops may have been wasted in the UK in the first half of the year as a result of labor shortages, according to a National Farmers Union (NFU) survey.

Fruit and vegetables are left rotting in fields because there are not enough people to harvest them, farming leaders told the union, urging the government to expand a seasonal workers program and support investment in the sector.

According to the report, the farm industry often finds it particularly difficult to attract workers as jobs are seasonal and can mean long hours of physical labor at relatively low pay. Brexit has also complicated recruitment from the EU.

The UK's driest July since 1935 has further hurt production. Growers now expect production to drop another 4.4% next year. The nation's fruit and vegetable output was valued at about Pound 2.7 billion ($3.25 billion) in 2020.

The loss of crops raises the prospect of empty shelves in Britain at a time when the cost-of-living crisis is worsening.

"It's nothing short of a travesty that quality, nutritious food is being wasted at a time when families across the country are already struggling to make ends meet because of soaring living costs," NFU Deputy President Tom Bradshaw said in a statement, as quoted by Bloomberg.